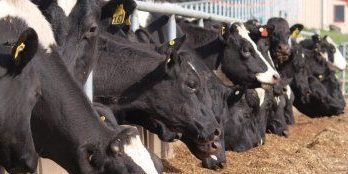 Incidence of lameness varies between herds and varies during the season. Smaller herds still have an incidence of 10% lame cows in the herd, larger herds often show higher incidences: up to 30%. Wet periods will boost the number of clinically lame cows, due to gravel being pushed into existing white line defects, softening of claw horn and washed out races.

Lameness is an animal welfare problem. The public and overseas markets nowadays are more sensitive about these issues than they have been in the past.

Lameness is a sometimes huge cost to the farm system, due to loss of production, treatment costs and culling costs.

Costs of lameness on a farm are difficult to quantify accurately, but vary due to stage of lactation, type of lameness and effectiveness of treatment.

To understand a lameness problem it is important to identify the predominant lesion or lesions. Each type of lesion has a different set of sources. Recording lesions when treating lame cows is the first step to identify the problem.

In a study done by Neil Chesterton and presented during one of our dairy seminars he found the following incidences:

Patterns of incidence vary between farms, due to farm conditions, nutrition, handling of animals etc.

Principles of treatment are to remove all under-run sole and/or wall and thin out the sole and/or trim the wall in order to prevent gravel getting trapped in the lesion. Transferring weight bearing away to the healthy claw, by gluing a cow slip to the healthy claw will hugely improve mobility and animal welfare. Mobile cows can graze with the main herd, improving nutrition of those cows and maintaining production levels.

White-line injuries are linked to pressure on the tracks and pressure in the yards. The white line which connects wall horn with sole horn is a weak spot. When cows are pushed around cracks will occur which in due time will fill up with gravel, causing lameness. Patient handling of cows on tracks and in the yards will result in fewer white line injuries and less clinical lameness down the road. Staff needs to be aware of a few rules about when to use backing gates, at what speed and for how long. If “heads are up” in the yards, pressure on the cows is too high.
Preventing lameness is a great subject for staff training.

We provide staff training services, and can treat incidences of lameness in your herd.

Guidelines for use of long acting anthelmintics in sheep: pre-lamb
18 June 2021