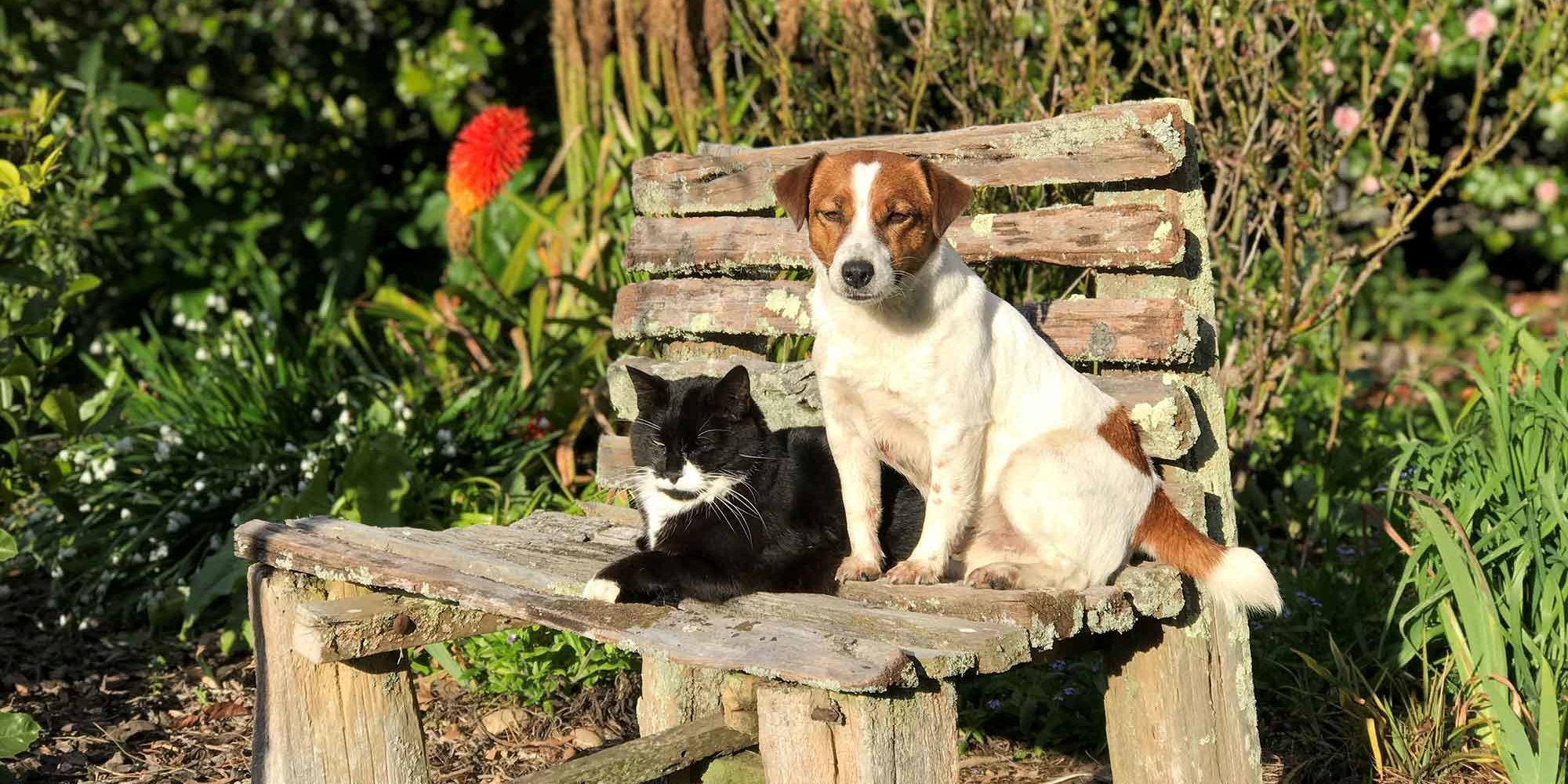 Dogs are natural scavengers and even during a hard day’s work (or play) can usually find a moment to snack on tasty morsels they may come across. Recreational areas such as rivers and bushland are not always entirely safe as possum and rabbit control measures utilise baits which are attractive to dogs.

We commonly see poisoning cases in our clinic caused by a number of different toxins. Primary poisoning (eating the bait directly) is the most common route of exposure. Secondary poisoning (when a dog/cat eats a rat that has been poisoned) is rare but can occur.

Ratbait and slugbait poisoning are the most common. Others include Rumensin, organophosphate toxicity, 1080, cholecalciferol and rarely antifreeze poisoning.

Ratbaits such as Talon, work by blocking the target animals blood-clotting mechanisms, resulting in fatal internal bleeding. Dogs and cats are affected in the same way. An important factor with this type of poison is that the effect is seen between three to five days after ingestion of the bait. Symptoms include lethargy and pale mucous membranes. Occasionally bleeding from the nose or mouth is noticed. DO NOT wait until symptoms appear before presenting a poisoned dog for treatment as this may be too late. If you see your pet eating rat bait call your vet immediately to induce vomiting.

Slug baits generally contain one or two types of chemicals. The active ingredient in a lot of slug baits is metaldehyde. This causes brain damage and gut irritation. Clinical signs occur soon after ingestion and may include panting, excessive salivation, vomiting and diarrhoea, progressing through to muscle tremors and fitting. There is no specific antidote to metaldehyde and treatment is limited to supportive care in the form of intravenous fluids and sedation.

The second common type of slug bait is organophosphate based. The symptoms are similar to metaldehyde with more neurological involvement including seizures and coma. There is an antidote available, but as in the case of metaldehyde, survival is usually dependant on dose of toxin ingested and speed of initiation of therapy.

The poisons used by authorities for possum and rabbit control are often rapidly fatal and have no effective antidote!

Antifreeze used in car radiators contains the alcohol ethylene-glycol, which is (so I’m told) sweet-tasting. Dogs and even cats will readily ingest antifreeze, so if you are draining a radiator, please ensure that the fluid is properly disposed of. The chemical is highly toxic and destroys the affected animal’s kidneys, so no treatment is very useful.

Treatment of rat bait poisoning involves supplementation with Vitamin K1 until the bait is out of the system.  The length of Vitamin K treatment needed depends on the type and amount of bait ingested but on average at least three weeks treatment is needed. When life threatening bleeding has occurred a blood transfusion is needed to replace the lost red blood cells and rapidly replace clotting factors, which is very costly and may not be successful.

To prevent accidental poisoning ensure that poisons, especially those that are designed to be highly palatable such as slug and rat baits are stored SAFELY. Occasionally dogs will seek out baits spread in a garden but in the majority of cases we see, dogs have managed to get hold of a box of poison, usually in a shed or garage. Some animals will go to extremes to obtain ratbait, with one Jack Russell I know climbing up into the rafters of a woolshed to reach his favourite toxic tidbit!

In summary, prevention of poisonings is far better than cure. If you have to use poisons, ensure that they are placed well out of reach of pets and children, or invest in a decent bait-station. This is a much cheaper option than a blood transfusion, a months’ worth of Vitamin K or possibly the loss of your animal. Once again, we would like to stress that if a poisoning is suspected, do not delay in bringing you dog in for treatment, this could well mean the difference between life and death.