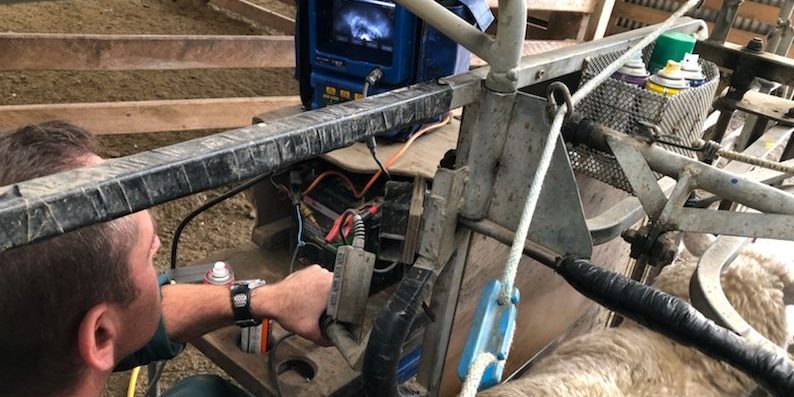 What a challenging season it has been and continues to be in CHB this autumn! We have seen very little rain across the region since early January and covers are such that it wouldn’t be too hard to find a golf ball hit onto most properties! Supplementary feed has been used extensively throughout the district in an effort to flush ewes and on top of this there have been low dams, parasite challenges (both worms and fluke) and widely reported staggers to contend with. Scanning results this season are unsurprisingly likely to be back on previous recent years and the question has been raised as to whether or not it is still worth scanning this year with so little feed available and a significant reduction in multiple bearing ewes expected.

However, these are the very reasons that scanning ought to be high on the list of management priorities in the months ahead.

Firstly, it has become especially important to identify and cull out any dry ewes that will be consuming precious feed throughout the winter period.

With single lambs expected to be more prevalent than usual the multiple bearing ewes become all the more important to the profit line. Single bearing ewes have lower feed requirements than multiple bearing ewes. Identification of twins (and triplets) will allow for preferential feeding of these mothers. This is particularly important if good quality feed is limited and costly supplements are being fed. Such preferential feeding will increase lamb survival by improving lamb birthweights and the quality of mum’s colostrum and early milk.

Survival of multiples can be further improved by mobbing the twin/triplet bearing ewes on the easiest country available whilst singles can be stocked at higher densities and on more challenging country. Lambing multiples on the easier country also reduces the chances of mis-mothering.

Alternatively, multiple bearing ewes could be given the pick of the better feed with single bearing ewes following up behind as the multiples are moved on.

If conditions deteriorate to the point that animals need to be sold then scanning may provide essential information to aid in the decision making. It may be helpful to sell ewes identified as “late lambers” or alternatively, triplet/twin bearing ewes which have greatest feed demands may be sold should feed reserves become so low that only single bearing ewes stand the best chance of survival.

Another benefit of identifying multiples is the ability to avoid overnight shedding off of twin/triplet bearing ewes prior to crutching. This in turn will significantly reduce the likelihood of incurring sleepy sickness in these animals.

Scanning also enables us the opportunity to pick up on reproductive diseases such as toxoplasmosis/campylobacter and listeria, this latter being a more common cause of abortion when animals are exposed to soil as is likely to occur with low covers.

Finally, one further benefit of scanning is the ability to identify any animals that are looking particularly light. These individuals may then be drafted off and given access to increased feed levels.

Whether or not you do decide to scan the ewes this year, we at Vet Services wish you all the very best at this challenging time and very much look forward to improved conditions before next spring.